Sign-up today to participate in our Criminal Justice Forum and receive news and updates.

Important Update from the CAAJE President about AB 89

I was waiting to hear more info about AB 89 before I sent out a statewide announcement, but time is fleeting so here is what is going on as far as I know. FYI - I am not very good with sugar coating my words, I only know how to tell it like it is. And please, if I have mis-represented any facts, please correct me.

First of all, the bill was suggested by the Chiefs of Police and Assemblyman Sawyer-Jones wrote the bill. He is currently fighting re-election as his district was reconfigured and is now a different population from those that elected him.

Second - the task of implementing AB 89 was originally given to P.O.S.T. , who gave it over to the community colleges, specifically Vice Chancellor Weber, who has since left the Chancellor's office in Feb. She determined that AB 89 only applied to the 41 police academies that are hosted by our community colleges. When I spoke with her at a meeting in Sacramento and mentioned that academy training uses Learning Domains, she was not familiar with what LD's were.

The VC contracted with RTI International, a North Carolina based independent nonprofit research institute "that is dedicated to improving the human condition", to help with the implementation of AB 89. I have thoughts about that - why go outside the state for experts on policing in California when we have plenty of experts within the state of California? Can I say that any louder?

Third - the current interim Vice Chancellor has taken over the task of AB 89, and from what we hear, she is still using the out of state group. AB 89 is structured so that by June 2023 there is a plan in place for the development of this "modern policing degree". So, what is the modern policing degree? It sounds like the Associate Degree for Transfer (AS-T in AJ) to me, which was developed from SB 1440 over 10 years ago.

Fourth - what do we do now? Well, I have been arguing for years that the majority of us that teach AJ are not "training LE". Our Chancellor believes that all AJ programs train LE. If AB 89 is designed for police academies, then my argument that the majority of AJ programs DO NOT TRAIN LE is valid. Therefore, the modern policing degree is not our issue, or should it be? And if so, would certain programs benefit from offering the modern policing degree that are not an academy?

Fifth - I have a colleague that works for the California State Assembly. I was told that when AB 89 was written it was intended for all of the community college AJ programs. Which is another interesting topic: what about those AJ programs that teach LE specific courses already such as Patrol Procedures and Writing for Law Enforcement, etc. but are not an academy under P.O.S.T. Will AB 89 force a change in which courses we teach in our colleges? Will the modern policing degree truly apply to only the academies? What if a college wants to focus on transfer and only offer the AS-T courses and not LE specific training, are they still considered a CTE program? There are too many questions and not enough answers and I believe every college should have the choice to teach what they want.

Let's face it, our discipline is under a microscope at the moment and many of us are suffering from low enrollment due to past issues between LE and the community as well as COVID. Just know that there is a cadre of folks that are ready, willing and able to assist with AB 89: we are just waiting to hear.

Keynote Speech of Chief (Ret.) Nicholas A. Sensley at the 2021 CAAJE Summit

Addressing the "Call to Action" - Contemporary Issues in Adjus

Defunding the Police
A panel of California Police Chiefs discuss their reorginization vision and how community colleges can prepare their students for employment.

Diversity and Inclusion
How the Caring Campus Initiative has created new opportunities for student enrollment, retention, success and completion.

Brad Phillips - CEO and President Institute for Evidence Based Change

Join us for the CAAJE Summit on 5/21/21 at 9:30am. Be sure to catch the Police Chief's Roundtable moderated by Dr. Tommy Tunson.

About this Event
As well as an OER presentation by Stephanie Karas, the AJ OER Discipline lead.

The Annual Report presents an overview of the Commission's work in FY20—a year that brought unique challenges and opportunities for technological advancement as a result of the COVID-19 pandemic.

The Sourcebook presents information on the 64,565 federal offenders sentenced in FY20—a sentencing caseload that decreased by nearly 12,000 cases from the previous fiscal year. 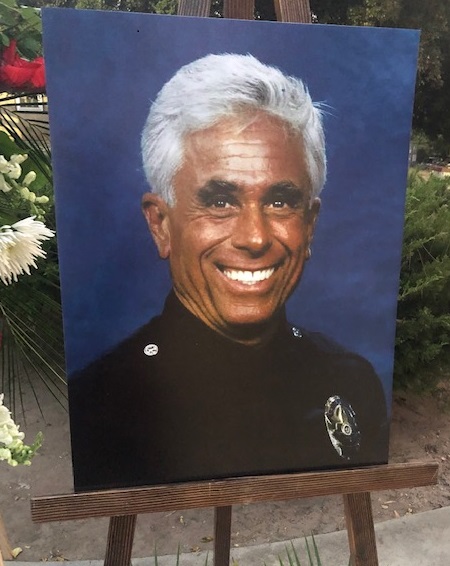